NEAT was once again present at the IETF during its 99th meeting in Prague, held on July 16-21.

Besides presenting several updates to Internet drafts in the TAPS, TSVWG and INTAREA working groups, NEAT participants organised both a NEAT/TAPS session and an SCTP session as part of the IETF Hackathon, during the weekend before the main meeting (July 15-16). 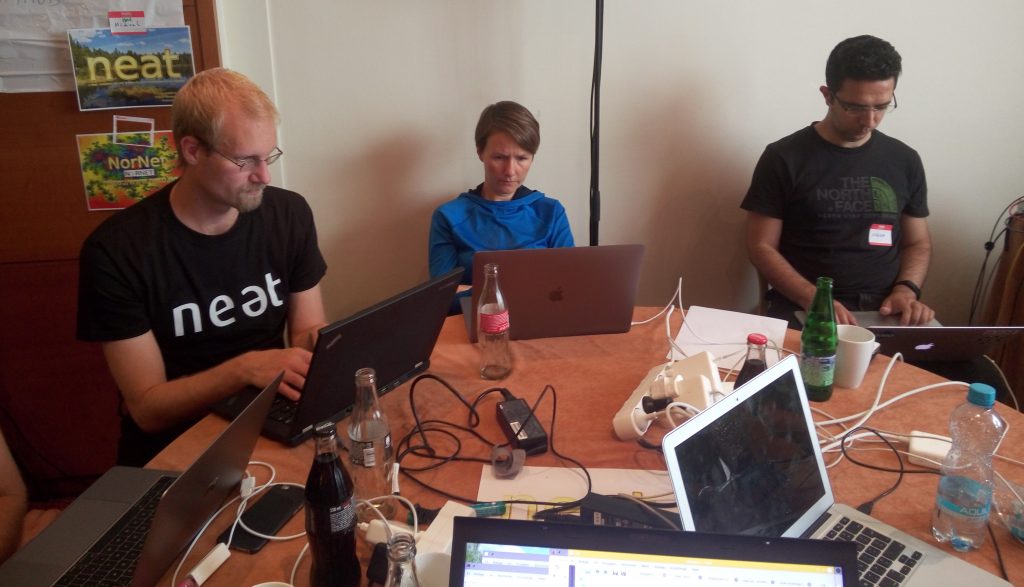 A panel of judges from the IETF community granted the NEAT/TAPS session the “NEAT”est Work award, and NEAT earned a demo slot during the Bits-n-Bites event on Thursday 20, demonstrating WebRTC support in the NEAT library. 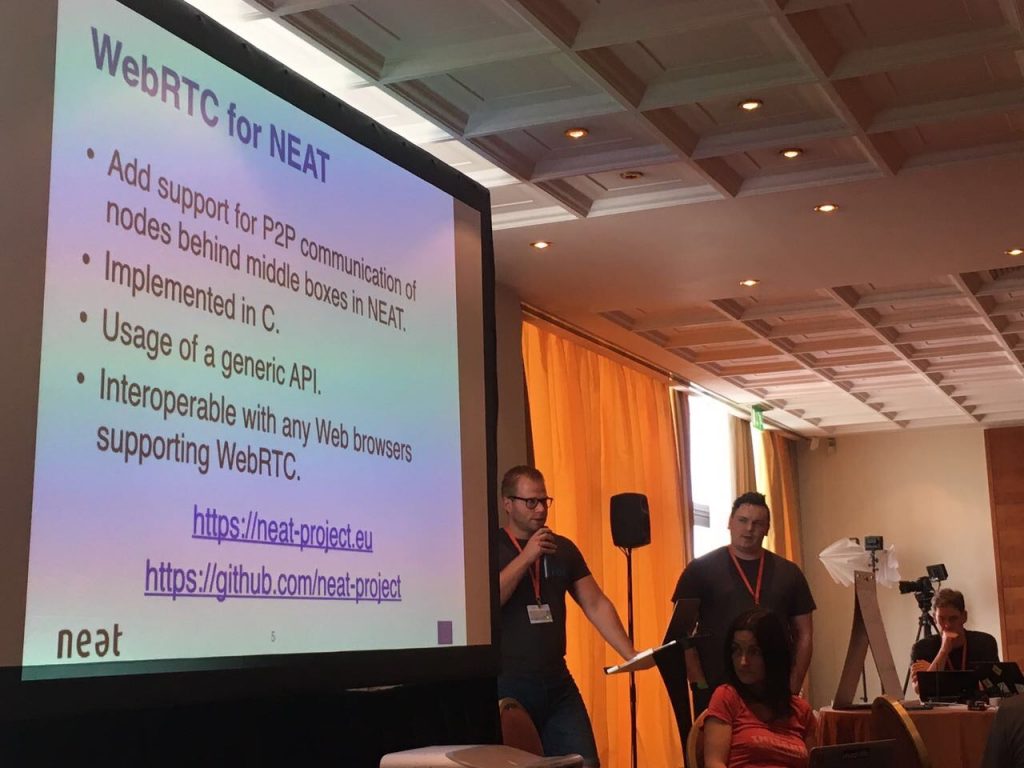