In the last couple of months, seven papers from the project have been accepted in well-known conferences and workshops.

One paper was presented at IFIP Networking, in Stockholm (June 12-15, 2017). It describes our ongoing work on designing and developing a new less-than-best effort transport service that considers application deadlines, to trade aggressiveness for timeliness. Four other papers were presented on June 12 at the new Future of Internet Transport workshop (FIT), co-organised by NEAT and colocated with the main Networking conference. These five papers can already be downloaded from our Publications page. 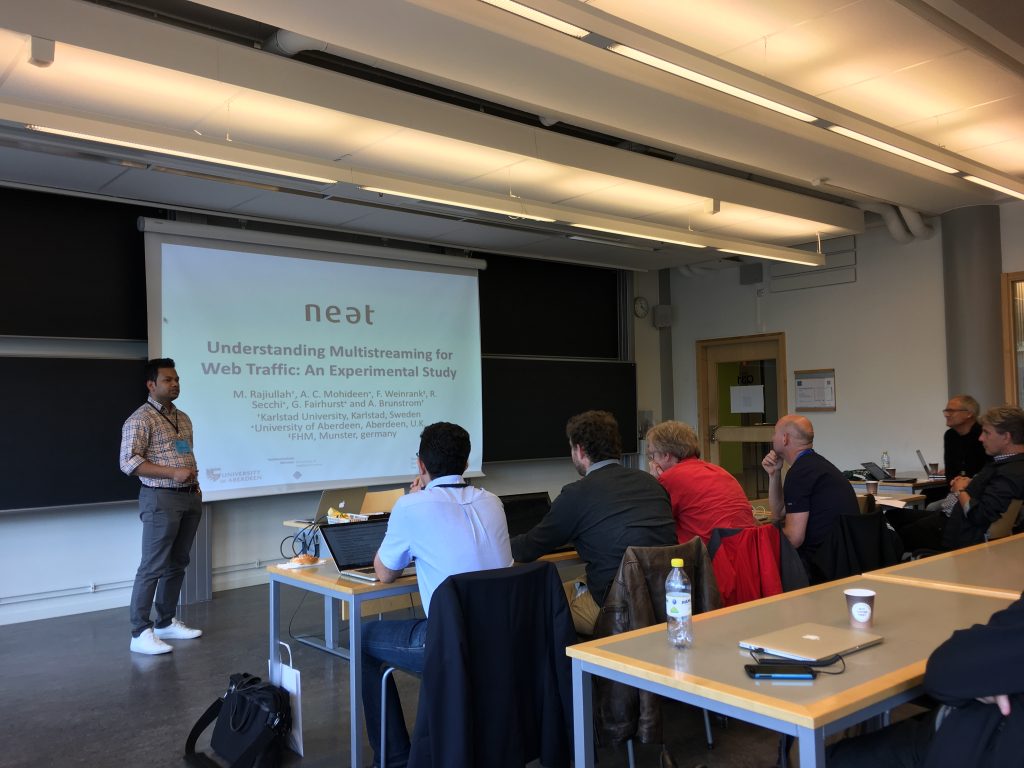 One further paper from NEAT will be presented at the ACM SIGCOMM MobiArch workshop, in August, and another at the International Teletraffic Congress (ITC), in September. The first one shows how NEAT can be leveraged in mobile scenarios to improve application performance. The second one presents a tool, called “fling“, developed and used by the project for middlebox measurements.